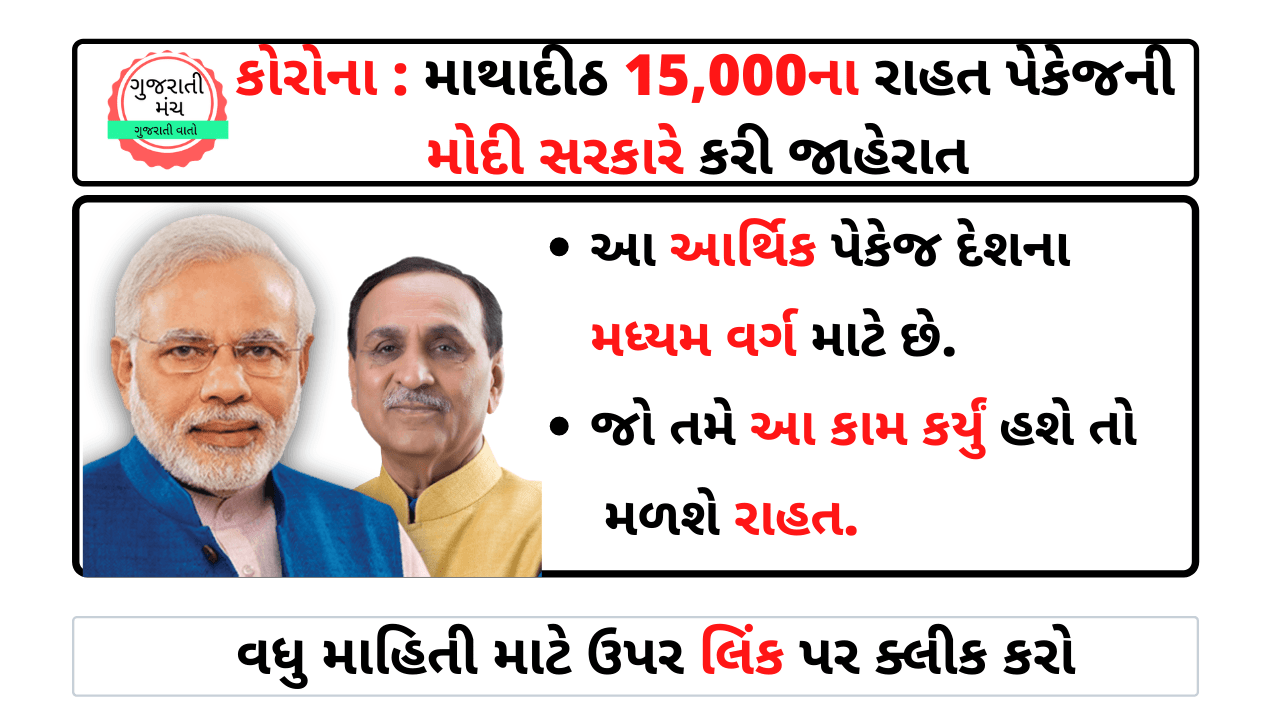 The Prime Minister has announced an economic package of Rs 20 lakh crore in the most important announcement in his address. The announcement amounts to 10 per cent of India’s GDP. The Prime Minister will have this economic package for workers, farmers, housing industries, ASMEs, taxpayers. This will be announced by Finance Minister Nirmala Sitharaman in the coming days. The country has suffered a lot because of Corona. The total population of India is around 135 crores. With the self-reliance of all these people, the country will reach a new height. Announcing an economic relief package of Rs 20 lakh crore to bring India out of the Corona crisis, meaning that the total population of India is 135 crore and Rs 14,815 per capita has been announced for each Indian to get out of the Corona crisis.

The package emphasizes on Land, Labor, Liquidity and Law to achieve the vision of a self-reliant India. Home industry, small scale industry is the livelihood of millions of our MSMEs, which is a strong foundation of our vision of a self-reliant India. This economic package is for the workers of the country, for the farmers of the country who work day and night for the countrymen in every situation. This economic package is for the middle class of our country who pay taxes honestly.

An economic relief package of about Rs 15,000 per head was announced

After the elections in the country, people believed that Rs 15 lakh would come in everyone’s Jandhan account. But today the Prime Minister has announced an economic relief package of Rs 15,000 per head to fight the Corona crisis as well as to bring the country’s economic vehicle back on track, move forward with new economic energy and fight the Corona war. The rupee will not come into anyone’s account but an economic relief package of around Rs 15,000 per capita has been announced to combat the current crisis. This will enable everyone coming on the economic path to be financially viable. Every Indian will stand up with new energy by drinking the new Piyush of self-reliance with Swadeshi. Will alleviate the crisis of Corona.