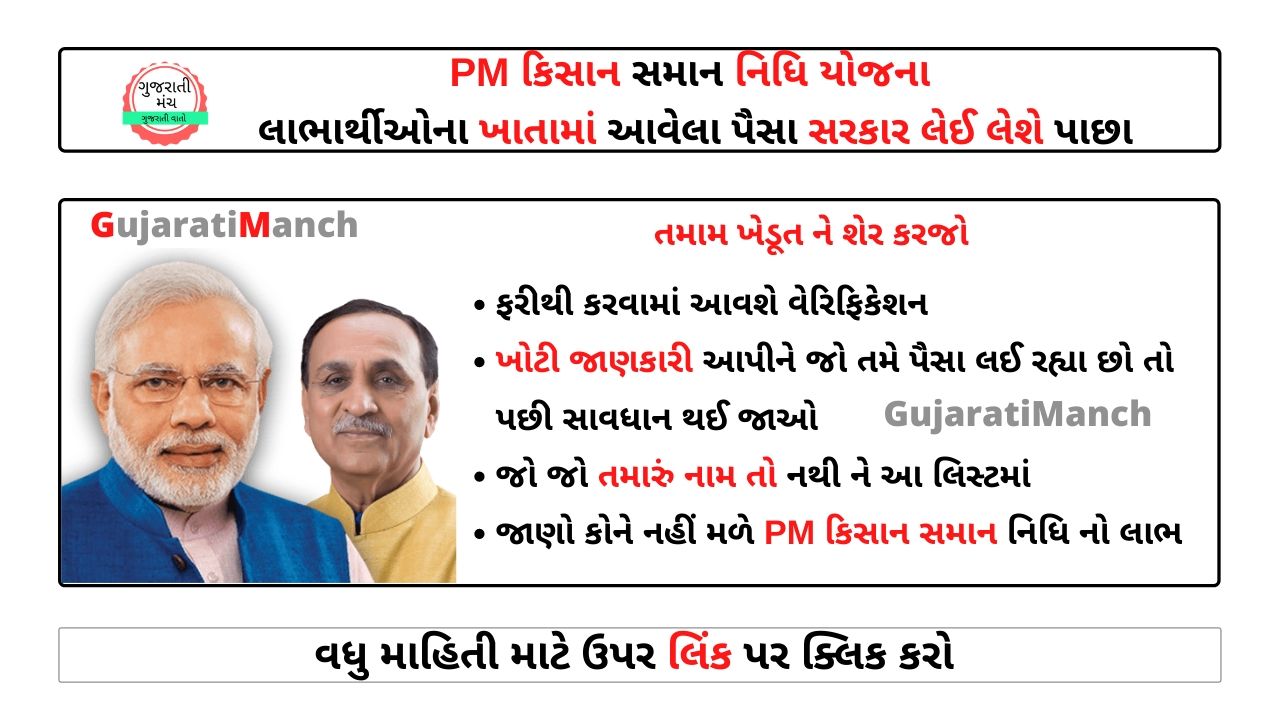 PM Kisan Samman Nidhi Yojana 2020
So be careful if you are taking money by giving wrong information. Either you get stuck in 5 percent physical verification or the money will be withdrawn from your account too loudly. The government is trying to get the money in the hands of the right people.

There is an arrangement at the district level for verification. The Ministry wants the nodal officers of the scheme in the states to regularly monitor the verification process. An outside agency can also be involved if the need arises. Only those who have benefited will be tested.

The government has taken back money from so many people
As of December 2019, the government has withdrawn funds from the accounts of 1,19,743 beneficiaries in eight states. There was no similarity in the names of the beneficiaries and their documents. Under this scheme, the currency transaction process has been made more rigorous. The verification process has been adopted.

Find out who doesn’t get the benefit

How will the verification happen?
Verification based on beneficiary data is also required. If the details obtained by a concerned agency do not match with the Aadhaar, it will have to amend or change the information of the beneficiaries of the concerned States or Union Territories.

Thus money is refunded on misappropriation
The Union Agriculture Ministry has written a letter to the states asking how their money will be returned if ineligible people are instructed to give greed. According to Vivek Agarwal, CEO of the scheme, it is a big scheme and it is more likely to go awry.

PM Kisan Samman Nidhi Yojana 2020
If money is transferred to the account of ineligible people, it will be withdrawn by direct benefit transfer. The bank will deposit the money in a separate account and return it to the state government. The State Government has to withdraw the money from the disqualified person and deposit it in https://bharatkosh.gov.in/. The names of the people will be removed before the announcement of the next installment.